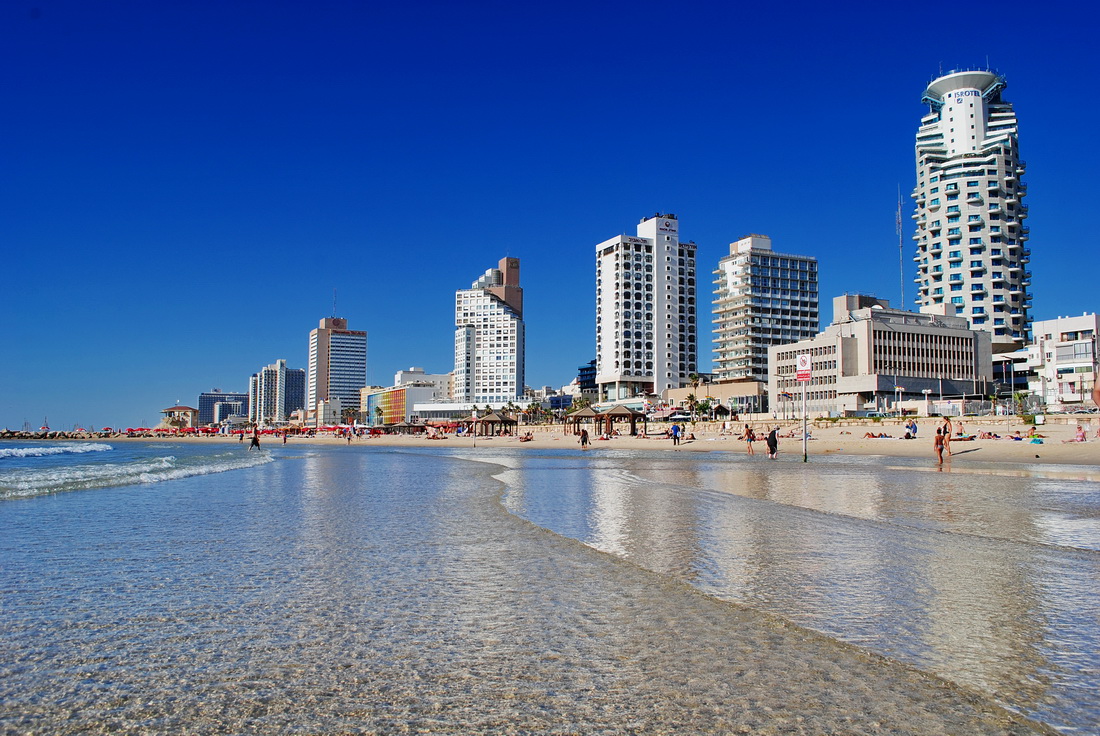 The combination of this seemingly frowning atmosphere with

the absolute relaxation and friendliness of people and even the cities of Israel is amazing. Tel Aviv became the final refuge for three days, and it was not enough for us – this friendly wave of beachiness, unhurriedness envelops us so much. The abundance of glass skyscrapers does not bother, but only adds gloss to the city, ubiquitous paths call for moving around on bicycles and electric scooters, rickety Mediterranean houses prop up modern walls in street art. 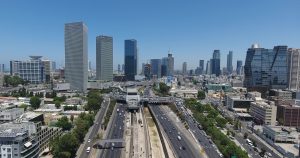 In Israel, flowers grow like weeds everywhere: despite the deserted expectations, all cities are entangled in an aquifer system of pipes that support the green splendor of the streets. The abundance of sun sets up awnings, fountains of drinking water, solar panels and water barrels on rooftops everywhere.

It seems that there are only two directions – a jog along the sea and the return promenade to the market for shakshuka and ice cream. The best of the latter was found at Nahalat Binyamin, in the Arte confectionery: the owners of the shop are Italians, but the taste goes well with the capital of Israel – varied, plentiful. Like almost all supermarkets and restaurants, there is a large selection of vegan treats. It’s all about kashrut – the ritual rules of the Jewish Law, which do not allow, among other things, to mix milk and meat.

plant-based milk and other vegan pleasures are available equally with classic specialties. And there are many of them here: from hummus (chickpea paste) and tahini (sesame paste) to tabouli (couscous and tomato cucumber salad) and burekas (crispy dough pastries). On average, a hearty breakfast for two will cost from 80 to infinity shekels: we also tried the huge Aroma chain (not very respected by the locals, but quite tolerable), and looked at the morning shakshuka at the Java cafe at 198 Ben Judah Street. is not an Israeli chip, everywhere – even at gas stations – it is brewed on good machines, and you can replace milk with vegetable milk for free

“If you visit the old city during the day, by the evening of Thursday-Friday you can catch those very parties in Tel Aviv, which, probably, are nightmares for the Orthodox”

Unlike Eilat, which is also actively bathing, Tel Aviv has an amazing, almost designer embankment: without cafes and kiosks, but with showers, open clean toilets, gazebos. Everything is zoned – separate entrances and places for yachts, surfers, volleyball and swimming.

On the way to the old city of Jaffa (the former center of Israel, and today a tourist magnet and the world’s oldest operating port), it is convenient to take an electric scooter. There are tracks for them all over the city, rental through the application costs from 0.5 shekels per minute of rent. Jaffa is categorically recommended for a visit, at least for its multi-level streets, a lighthouse shrouded in legends and sea fast food.

If you visit the old city during the day, by the evening of Thursday-Friday you can catch those very parties in Tel Aviv, which, probably, are nightmares for the Orthodox. The city is filled with bars, clubs, terraces, where people can relax in a civilized and free way at any time of the year. We chose a Russian-speaking hangout in second-hand, which, by the way, is not a very unique case: out of eight million people, they say, one is Russian-speaking immigrants from the CIS. Therefore, even with all the difficulties like Shabbat, writing from right to left and late trains, you won’t get lost in Israel. Shalom!