The world’s most powerful Holocaust memorial site, or Shoah, Yad Vashem, is located in Jerusalem on the western slope of Mount Herzl. This is a huge memorial, which includes the Holocaust Museum, the Children’s Memorial, the Memorial to the Deportees, scientific institutes and other monuments related to the catastrophe of the Jewish people.

The Holocaust Museum is designed in such a way that after you get into the first hall, you can leave the building only when the entire exposition has been examined to the end. And leads to an exit to a balcony “floating” above the ground, from where a serene view of Jerusalem and the landscape surrounding it opens. This peaceful landscape contrasts greatly with what I had to see inside the museum, and helps to cope with the surging emotions. Visiting the memorial is not an easy thing in moral terms, but this is the place where everyone should definitely go to rethink a lot about the world and themselves. 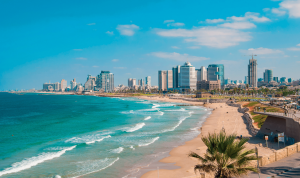 The two futuristic buildings of Israel’s main art museum house a huge collection of works by the world’s most famous artists, from Monet and Chagall to Miro and Warhol. If you love the art of the 20th century, it will be very difficult to leave here: cubism, fauvism, surrealism, impressionism, constructivism – all the most popular movements of the beginning of the last century are presented here in a very decent amount. There are so many halls that it is quite difficult to get around the entire exposition in a day. A special attention in the museum is devoted to contemporary Israeli art. Exhibitions of current local (and world) artists are constantly held here, and if you’re lucky, you can see not only paintings, but also some intricate art installations or video performances.

The third largest city in Israel is known throughout the world for the Bahai Gardens, but this is not the only interesting place in Haifa. It is this city that can be safely called the cultural center of Israel – there are about 20 museums alone! The most popular and largest among them are: the Art Museum, where you can look at the works of Dali and Braque; The Museum of Illegal Immigration is the largest and most serious museum in the city; The Museum of Japanese Art is the only one of its kind in the Middle East; the museums of Mane Katz and Herman Stryuk, which acquaint visitors with the heritage of these artists. Also, every year Haifa hosts major world cultural events – for example, the International Film Festival, widely known outside the country.

A separate entertainment in the city is riding on the diagonal metro Carmelit. This is something like an underground funicular that connects the two parts of the city. In general, Haifa is a very modern city with all the usual entertainment and pleasures. During the day you can go to museums or lie on the shores of the Mediterranean Sea, and when it gets dark – plunge into the nightlife. By the way, be prepared for the fact that the city is located on the slopes of Mount Carmel, and your legs will get tired from constant walking uphill just in no time. Prepare comfortable shoes and a little stamina.

It is most logical to combine a trip to Masada with a visit to the Dead Sea – the attractions are very close to each other. The fortress is valuable and interesting because back in 25 BC, the same king Herod and his family settled here. And the ruins of Herod’s palace have been preserved here to this day! You can climb the rock with the fortress by funicular, but climbing Masada (and going down) on foot is a separate challenge for the strong in spirit. The legs will buzz, and sweat will cover the eyes, but the views of the sheer cliffs in the endless desert are definitely worth it. And we advise you to get up early in the morning, because as soon as the sun rises, the heat will heat up the desert in a matter of minutes.

And if you fill out an application here and go to Israel with Taglit, your visit to Masada will become very special. You will be brought to the fortress before dawn, and when you climb to the top of the cliff, you will be able to see the most beautiful sunrise in your life. While a local man in white clothes will blow a special horn. 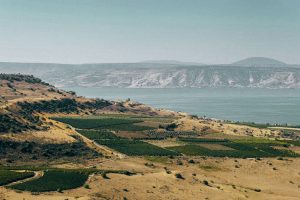 Kinneret, or Lake of Tiberias, is the largest freshwater lake in Israel, which the locals often call the sea. As many as 15 rivers that feed it help keep the reservoir from drying out in such a hot climate. But the most interesting thing is that the Kinneret is located 213 meters below sea level – this is the lowest lake on the planet. Which, by the way, is felt by the local climate – in the summer there is very thick and hot air. You need to go to the Kinneret, first of all, for unreal landscapes: the water in the lake is bright blue, and the mountains surrounding it are pinkish. At sunset, it looks very epic.

Locals and tourists love to relax on the beaches of the lake, and there are also hot springs here – another place of attraction for lovers of lazy rest and pleasant procedures. The city of Tiberias, which is located on the shores of the lake, is home to many hotels with spa services. In general, a great place for maximum relaxation.